What is a DUID? 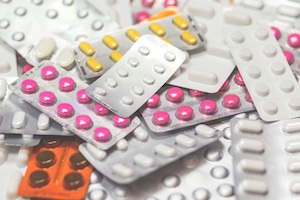 The best DUID attorney in Los Angeles County can help navigate this complicated charge that is so uncommon in California. DUID stands for Driving Under the Influence of Drugs, but it’s not that simple. Many people will rightfully assume that “Drugs” mean something like marijuana, cocaine, or other illegal drugs. However, the law is very loose with the definition of “Drugs,” making it a little more complicated. In fact, the law considers anyone driving while under the influence of any impairing drugs could be charged with a DUID. Did you take Tylenol PM and then run to the store? That could lead to a DUID. Of course, illegal drugs will have the same results as well. It is important to note that any drug that could cause impairment is considered under the DUID laws in California. The question is, how could they tell if you had Tylenol PM instead of any actual narcotic?

Did you know that owning a driver’s license in California also comes with agreeing to terms of service? These are things that a DUID attorney in Los Angeles County can help understand. One of those terms is that you agree to submit to a blood or urine test in the event one is required by law. This is one of the terms of service we agree to when signing up for a driver’s license in California. However, we still have the right to turn down any requests for tests under search laws in California. Unfortunately, that could just delay the process, leading to harsher punishments and DMV issues since you had already agreed to test. 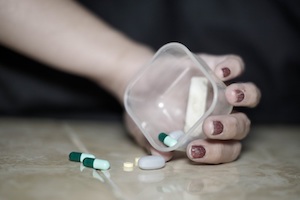 DUIDs cover a wide array of drugs that could cause impairment, complicating things. But the consequences are easier to understand. DUIDs are usually charged as misdemeanors if a DUI is not the initial charge. However, consequences will be the same as DUI, like 3 to 5 years of DUI probation, required DUI school, license suspension, and possibly jail time. Consequences will be increased if there are any priors on someone’s criminal record. In fact, DUID could also be charged as a felony. People who have had four or more DUIDs can be charged with a felony DUID. This could lead to 3 years in jail, 4 if someone has been injured, there will also be a fine of up to $5,000.

You will find the best DUID attorney in Los Angeles County at Jhonson Criminal Law Group. The goal is first to find out what the charges contain and what tests have been done. However, the best results would come from early contact with your lawyer. In fact, you will get the best results possible in any scenario, but the earlier you contact a lawyer, the better. It is up to your attorney to help you navigate any testing, interrogations, and interviews. Your lawyer from Johnson Criminal Law Group can also help you find the proper defense, like probably cause misconduct, testing, and more. The earlier you contact Johnson Criminal Law Group, the better.

Contact Us
No guarantee is given as to the confidentiality or security of data passing via this web site. We suggest that you do not provide any personal identifying information such as social security numbers, credit card or account numbers. Should we request this information for any reason, we will gather that in person or over the phone. The web site manager reserves the right to cooperate fully with officials in any legally authorized investigation concerning or relating to any transmissions via the web site.Submission of information to this firm does not create an attorney-client relationship.
Practice Areas
Client Reviews
★★★★★
The Johnson Law Group handled a very important and delicate matter with professionalism and a caring manner. Attorneys were knowledgeable, in communications, and provided a top notch service to my need. I highly recommend the Johnson Law Group for your important legal issues. Hardy Jr.
★★★★★
Lauren Johnson was amazing. She explained everything in ways that were easily understood, & answered all of my question. She was respectful, but also open & honest. She started work on my case the first day we met & got results quickly. She demonstrated passion, concern, and showed true feeling for my situation. My expectations were greatly exceeded. I would say she has an incredible attention for detail, & has a real dedication to her work. Lauren Johnson would be my first recommendation to any of my family or friends similarly in need of legal assistance. Heather
★★★★★
I researched a lot of attorneys and had met with two attorneys before speaking with Ms. Johnson and retaining her. I was facing serious charges that could not be on my record, due to my job and was really scared. I felt hopeless & thought my life was ruined...until I found Ms. Johnson... A criminal defense client (drug case)
★★★★★
She is on point. She knows her field well. I have to give credit where credit is due, you deserve it Lauren Johnson... Anonymous, Victim of Domestic Violence
★★★★★
Lauren K. Johnson was my saving grace. I naively thought you were innocent until proven guilty. However, I soon discovered that CPS and family court does not see things that way... Mrs. G, a CPS client
View More
Submit a Law Firm Client Review