What is a DUI? 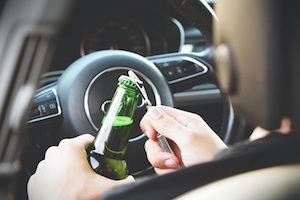 A DUI attorney in Los Angeles County has the experience and knowledge to help those charged with DUIs get the best results. We all know we have heard of a DUI, and many of us know the basics. For example, the law states that you must not drive while intoxicated but what is intoxicated? Drinking alcohol adds alcohol to our blood, known as blood alcohol concentration or BAC. Drivers will get a DUI if they are pulled over and suspected to be drunk. BAC levels need to be lower than .08% within the legal limit. Anyone with a BAC of .08% or higher will receive a DUI. But alcohol isn’t the only thing drivers can be under the influence of to receive a DUI. 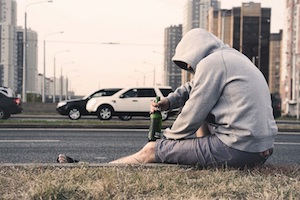 Your DUI attorney in Los Angeles County should be aware that alcohol is not the only thing that could lead to a DUI. California Penal Code 23152 has subsections that include drugs as well as alcohol. You will not find “DUI” in the penal code as that has become known but not the official term. That means that you could potentially get a DUI even if you have no alcohol in your system but are instead under the influence of drugs. There are other subsets, like for minors with a BAC or even rideshare drivers with a BAC. These things are essential to consider because they could lead to a more robust defense. 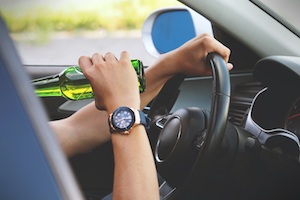 Your DUI attorney in Los Angeles County from Johnson Criminal Law Group can help explain possible outcomes based on each situation. Not every case is the same; not every scenario is the same, which means punishments may not be the same. However, there are some basics that the legal system will usually follow. The first offense carries penalties up to 6 months of jail time, $390-$1,000, suspended license for 6 months, and restrictions added to your license for up to 12 months or an Interlock Ignition Device(IID). The 2nd offense will increase almost everything across the board. Jail time goes up to 1 year after the second offense, the fines stay the same, the license is suspended for 2 years, and there could be 1 year of IID. The third offense is another increase with 1 year in jail, $1,800 in fines, 3 years of a suspended license, and 2 years of IID.

Johnson Criminal Law Group has the team you need to be in your corner. The goal is to help you get back to your everyday life without much of a hiccup at all. We already know that every case is different, depending on the circumstances. That means that the punishments above are worst-case scenarios. The most important thing to remember is that contacting an attorney should always be the first thing you do. The earlier an attorney gets on your team, the better the outcome would be. Especially since the lawyers at Johnson Criminal Law Group have all the knowledge needed to defend you, that knowledge is power in your corner.

Contact Us
No guarantee is given as to the confidentiality or security of data passing via this web site. We suggest that you do not provide any personal identifying information such as social security numbers, credit card or account numbers. Should we request this information for any reason, we will gather that in person or over the phone. The web site manager reserves the right to cooperate fully with officials in any legally authorized investigation concerning or relating to any transmissions via the web site.Submission of information to this firm does not create an attorney-client relationship.
Practice Areas
Client Reviews
★★★★★
The Johnson Law Group handled a very important and delicate matter with professionalism and a caring manner. Attorneys were knowledgeable, in communications, and provided a top notch service to my need. I highly recommend the Johnson Law Group for your important legal issues. Hardy Jr.
★★★★★
Lauren Johnson was amazing. She explained everything in ways that were easily understood, & answered all of my question. She was respectful, but also open & honest. She started work on my case the first day we met & got results quickly. She demonstrated passion, concern, and showed true feeling for my situation. My expectations were greatly exceeded. I would say she has an incredible attention for detail, & has a real dedication to her work. Lauren Johnson would be my first recommendation to any of my family or friends similarly in need of legal assistance. Heather
★★★★★
I researched a lot of attorneys and had met with two attorneys before speaking with Ms. Johnson and retaining her. I was facing serious charges that could not be on my record, due to my job and was really scared. I felt hopeless & thought my life was ruined...until I found Ms. Johnson... A criminal defense client (drug case)
★★★★★
She is on point. She knows her field well. I have to give credit where credit is due, you deserve it Lauren Johnson... Anonymous, Victim of Domestic Violence
★★★★★
Lauren K. Johnson was my saving grace. I naively thought you were innocent until proven guilty. However, I soon discovered that CPS and family court does not see things that way... Mrs. G, a CPS client
View More
Submit a Law Firm Client Review